A typical morning at our house starts with Douglas tending to the twins and getting our house ready for the day. Since I take the night shift I sleep until the last minute... get up, get ready, and go to work. Cue this morning.

Douglas was sick for most of the night therefore neither of us got a solid night of sleep. I took the morning shift after some poking and prodding from the other side of the bed. I had a bit of an attitude, but I blame that on A: lack of sleep and B: not being a morning person.

I opted for not doing a double feeding as my coordination for this event doesn't open until noon. I woke Cedric up first, but he had little interest in his bottle. He did manage to get half of it down before starting to laugh, smile, and wiggle away. Then it was Cedric's time for the bouncy chair.

I woke Ezra up who as usual had the biggest smile on his face. Today was no different. In fact he was in such a good mood that he made me smile which was definitely a monumental task this morning. The downside is that he was so happy to be awake that he wouldn't touch his bottle. Maybe today was an off day, but if this feeding continues in this direction it looks like we are in for another schedule change. Now Ezra is off to his bouncy chair.

I started to get the house ready for Sheela to arrive... yes we pre-clean our house before the household staff arrives. This is a carryover from growing up in the mid-west. I put a few gDiapers together, unloaded the washing machine, and ate a little breakfast all while the boys were content playing with the interlocking letters.

Cedric was making his normal grunts, squeaks, and shouts and I didn't think anything of it until I glanced over and saw something on his face. I slowly approached Cedric and realized that he had poo in his hair, on his cheek, on his ear, between his fingers, on his legs, up his side, and all over the bouncy chair (including in the locking snaps). My first thought was that I had forgotten to put a diaper on him, but that was not it. He had had the mother load of downloads. I can't imagine how that much came out of a child that size.

He was of course still smiling and having the time of his life while the horror of how I was going to eradicate him from this mess flashed before my eyes. I carried the entire bouncy chair to the confines of the bathroom, removed the rugs, started to unsnap the clasps when the arms and legs started flailing about. At that point I realized there was no possible way I would get him clean without getting a little dirty myself so I just went for it.

There was no method to my madness, but he was clean and still smiling when we were all done. Once he was secured back in his crib I did one of the ultimate scrub downs doctors do while prepping for the operating room.

It was a wild morning for sure. The bright side of today is that there are only four more Mondays on the calendar until summer vacation.

So, flying with infant twins. Yikes!
Actually, I learned a few things from the recent flight from Delhi to Goa and then back again on SpiceJet (which, incidentally, names their planes after herbs and spices hence the title of this post). Here are the highlights:

1. If you have twins, each parent should have a diaper bag. We made the big mistake when we flew to the US of only taking one well-stocked diaper bag for the two babies. Even though all of our seats were supposed to be together, we learned that due to limited numbers of oxygen masks, airlines may have to move parents of multiples to different rows. Believe me, it was a royal pain to have a baby and no access to supplies when that happened. So, this time we learned that we needed to each have all of the changing supplies, bottle making accoutrements and extra clothes.

2. People have no sympathy for men flying with babies. I think that if you're a woman holding a crying baby, it's assumed that you know what you're doing and you're doing the best you can. If you're a man flying in India with a cranky infant, you will inevitably be placed next to a cranky passenger who wants to know where the child's mother is so that he can be properly soothed. I don't think my reaction was very nice when Ez started to cry and the man next to me asked for me to pass the child off to his mom. Chad had Cedric, and when Cedric started to cry, one of the Spicejet flight attendants told Chad to let him chew on a packet of sugar. Hmm.

3. Have bottles made and ready. Cedric is a comfort eater and any time he started to fuss, Chad popped a bottle in his mouth. This may not be the best parenting technique in general, but given the circumstance, I think it's probably better than drugging your child with baby tylenol. If you don't have a bottle made, the three minutes it takes to dump the powder in, shake it and heat the bottle seems more like three hours.

4. Fly when your child is happiest. Our morning flight went splendidly well. Our kids are so happy in the morning. Our evening flight, which happened at the time of day when the kids get a little fussy anyway, was not as smooth. Schedule your flights in the morning if your kids are morning lovers. It will make your day so much easier.

6. Take your infant carrier. We have used the Baby Bjorn as well as the Moby carriers. The Bjorn is less comfortable, but easier to put on and was our carrier of choice for the 2-hour flight. The moby was a life saver for the international Delhi-Newark flight.

What are your travel tips for planes? Leave them in the comments.

I'm Getting Older Too

Without going into too much detail, today marks the 6th anniversary of one of the most devastating events that I've ever experienced. Usually I slip into a deep funk when I think back, but this year feels different. I'm still sad. But, I feel older this year. And maybe the added year and the experiences I've had with the birth of Cedric and Ezra make me reflect differently on tragedies of the past. And I'm glad I read this post on Toban's blog this morning as it reminded me of this song, which seems fitting for today (and also tangentially relates to my kids).

So, today when happy hour arrives at your location, please drink a toast to your friends and realize that we only have our friends and family for a short time.

Cedric must have heard about my recent blog post saying "he could care less about rolling over." When I came home from work yesterday I found him laughing and smiling as usual. While we were having tummy time on the bed he proceeded to roll over like it was his job. Looks like he had something to prove... getting more and more like me every day! 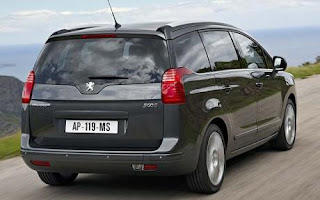 It is official. We rented a mini-van for our upcoming vacation in France. We have been driving around Delhi in an mini-van for some time now, but renting one feels like a commitment. I suppose practicality wins over sexy when you are toting twins, four suitcases, two car seats, and a stroller across France. 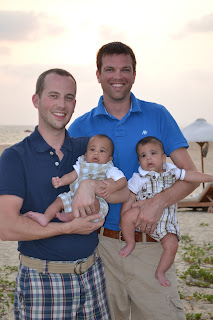 Happy Friday the 13th and five month birthday to the boys. We love being parents. It is so wonderful to come home to babies smiling and giggling everyday. Cedric and Ezra are changing quickly and are further developing their own personalities. Here are some more updates:


Stay tuned for pictures and video.

We're back! After a week on the beach and at the pool, going back to work was difficult, but somehow we've managed to make it through the last two days. I wanted to take the next few posts and reflect on our trip: the travel, accommodations, vacationing with twins and other miscellany will all be covered with plenty of pictures along the way.

First, and foremost, I have to say that our accommodations absolutely made the trip a relaxing and enjoyable experience. During our week in Goa, we stayed at two hotels: Coconut Creek Hotel and The Park Hyatt. I would strongly recommend the former for anyone looking for a great mid-range hotel, and emphatically recommend the later for those looking for a good five-star.

The biggest plus about Coconut Creek was the serenity and peacefulness of the setting. The hotel is nestled in a palm tree grove. The pool is lovely, and the outdoor furniture was very comfortable. I particularly enjoyed the loungers on the patios outside of each room. We spent more than a few bottle feeding sessions just outside the comfort of our hotel room. The hotel provided two pack and plays for our kids to sleep in during our stay. Another big plus was that the pool and the restaurant are close enough to the rooms that we took our baby monitor and were able to enjoy some adult time while the babies were sleeping. The restaurant, by the way, was wonderful. We feasted on great seafood, steaks and fresh veggies. Goa is a great trip for those who love to eat on vacation! The only big downside to the hotel is that there is about a 500m walk to the beach, and the landscaping of the walk leaves a lot to be desired.

The highlight of our trip, however, was staying at the Park Hyatt in Goa. From the moment you arrive, the service is exceptional. Often in India, the service sector is overly subservient towards westerners, or totally disingenuous (maybe I've been in Delhi too long... ). All of the employees at the Park Hyatt were attentive, and genuinely friendly. I've got so many good things to say that I'm going to make a list: 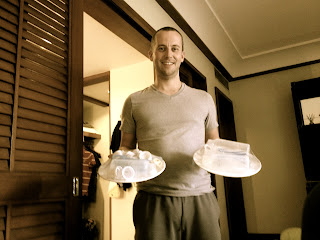 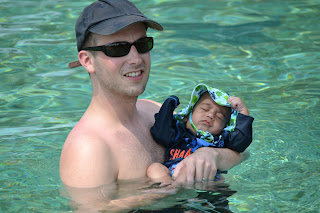 All in all, I highly recommend taking time to go down to Goa if you are spending extended time in India. I'll write more about transportation to and from Goa in my next post.