We're back in Delhi after two blissful weeks in Thailand. We had a very exciting time spending two solid weeks with our boys with no work to do. Love the  family time! 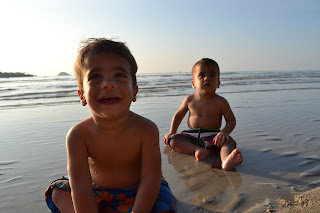 While we were away on vacation, here are some things the boys started doing:


There's more to be said, but we'll save other travel info for future posts.